And the Winners are?

Despite an eleventh-hour change of venue, of necessity due to unavoidable circumstances, and the Australian continent experiencing what one politican described as a “one-in-1,000-year event” with torrential rain and floods swamping the eastern seabord, the 4th edition of the Sydney Harbour Concours d’Elegance took place at the UNESCO World Heritage-listed Hyde Park Barracks, in the heart of the harbour City.

With the grey clouds still hovering ominously over the Welcome Drinks at 7pm on Thursday 3rd March the atmosphere was one or relief and excitement that everyone and the cars had actually made it, and that the show would go on despite the odd shower or two. Opening the Concours gates at 10 am on Friday 4th there seemed to be no dampening of the spirits of the guests who were happy to look at the marvellous array of motor cars, even if they were holding a glass of Pommery champagne in one hand and an umbrella in the other. Beautiful motor cars, good food, live music and fine wine meant that the party continued for a full 12 hours before the last of the invited guests were ushered home at 10pm!

The competition amongst the classes to be judged was intense. The pre-war class entitled “Puttin’ on the Ritz” and consisting of a Vauxhall 30/98, Bentley 3 litre Speed Model, Rolls-Royce New Phantom, Rolls-Royce 20/25 HP, and an Alfa Romeo 6C 2300MM was one of the most contested and committed as were the owners who had ensured their cars would be present come hell or high water. This was literally the case of the Vauxhall which had been driven halfway to the event from Melbourne, 1000kms away, before the owner succumbing to the conditions and putting it in a truck at 2am in the morning and then following on by train to arrive 72 hours after his departure!

The Head of the Jury, all of which were dressed by official tailors Oscar Hunt, had had almost as much trouble. Filip Bourgoo the man behind the amazing Zoute Grand Prix Week, awarded the ‘Best Motoring Event of the Year 2021’, had travelled from Belgium to be Chief Judge. Despite applying for his visa back in early January it only came through on the Saturday before the event! Even then when leaving Doha for the second leg of the journey from Europe to the Big Southern Land his plane had to return to the terminal. He eventually arrived undaunted which was not the case of fellow judge Madan Mohan, founder of India’s 21 Gun Salute International Vintage Car Rally & Concours, who was unable to secure entry.

Saturday 5th proved more clement, and awnings and coverings were able to come down in order that everyone could fully experience the cars complemented by the extraordinary living record of early colonial Australia which is Hyde Park Barracks built in 1819. A brace of Mercedes-Benz 300 SL roadsters, and a Gullwing, Aston Martin DB5 and DB6, the Ferrari 275 GTB/4 originally owned by jazz musician Miles Davis, and the incredible Edwardian Giant, 1904 Napier L48 ‘Samson’ amongst the 37 selected concours entries.

And then in the evening on to the Royal Automobile Club of Australia for the Pommery Champagne Gala Awards Dinner and to the victors the spoils. The Prix d’Honneur for Best in Show going to the 1924 Vauxhall 30/98 Chassis #OE1078. The only surviving competition car of the Vauxhall factory of this period, it was presented by Vauxhall to record breaking motorist Boyd Edkins in 1924 for his special service. Sporting a Wensum boat tail body and uniquely designed for competition it is regarded as one of the rarest vintage race cars in existence. In the possession of the current owner for over two decades it is the first time that either he or the car has ever been shown at a Concours event. 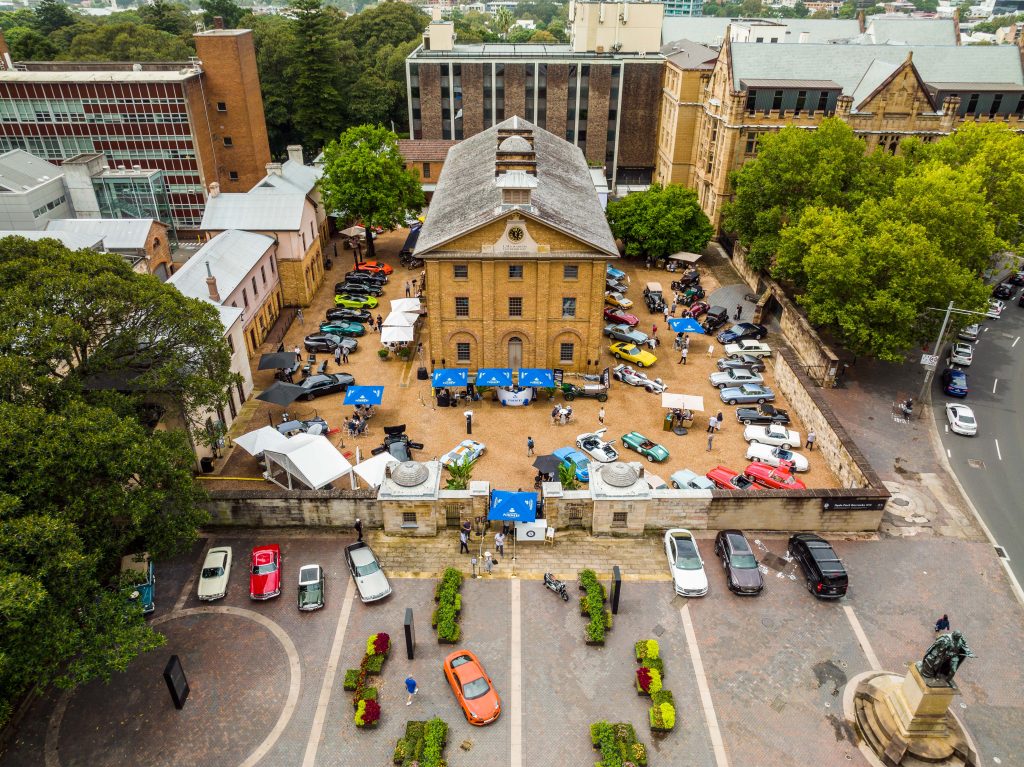 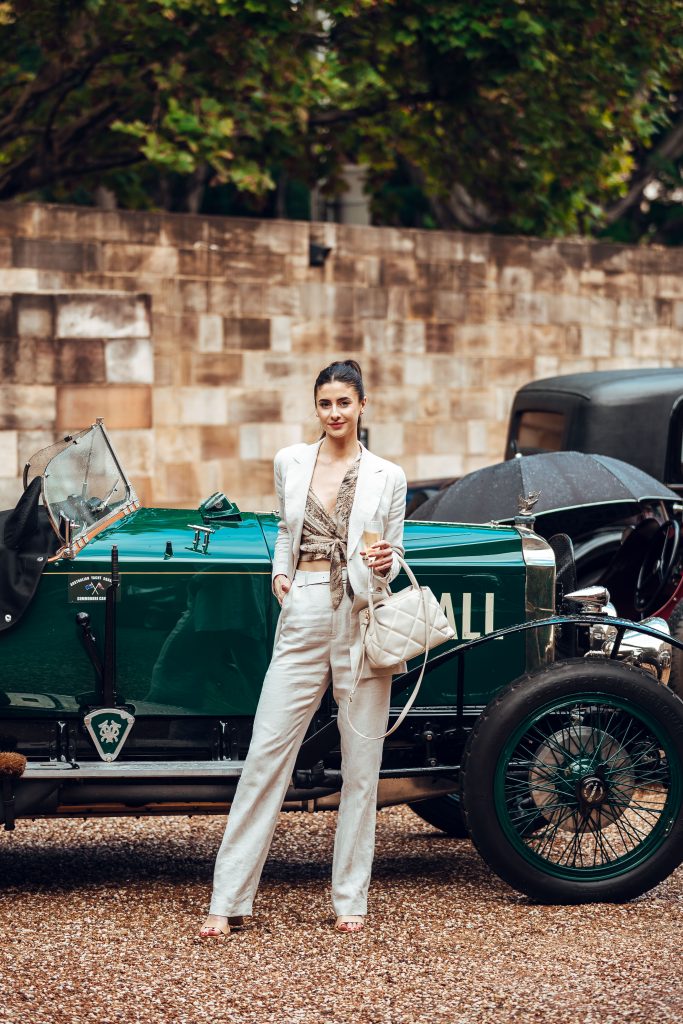 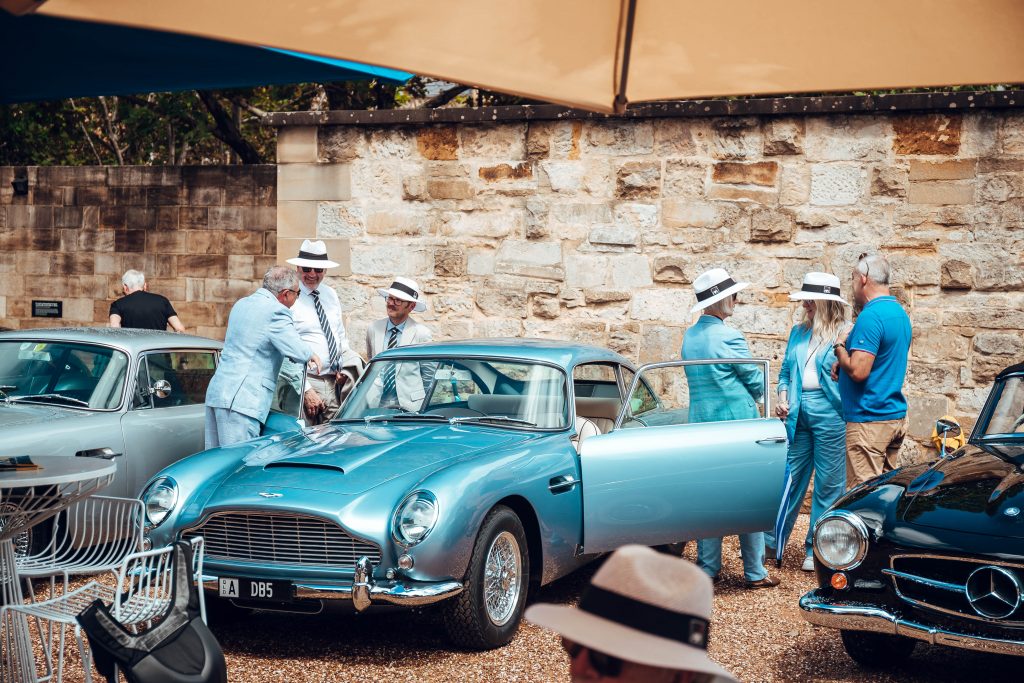 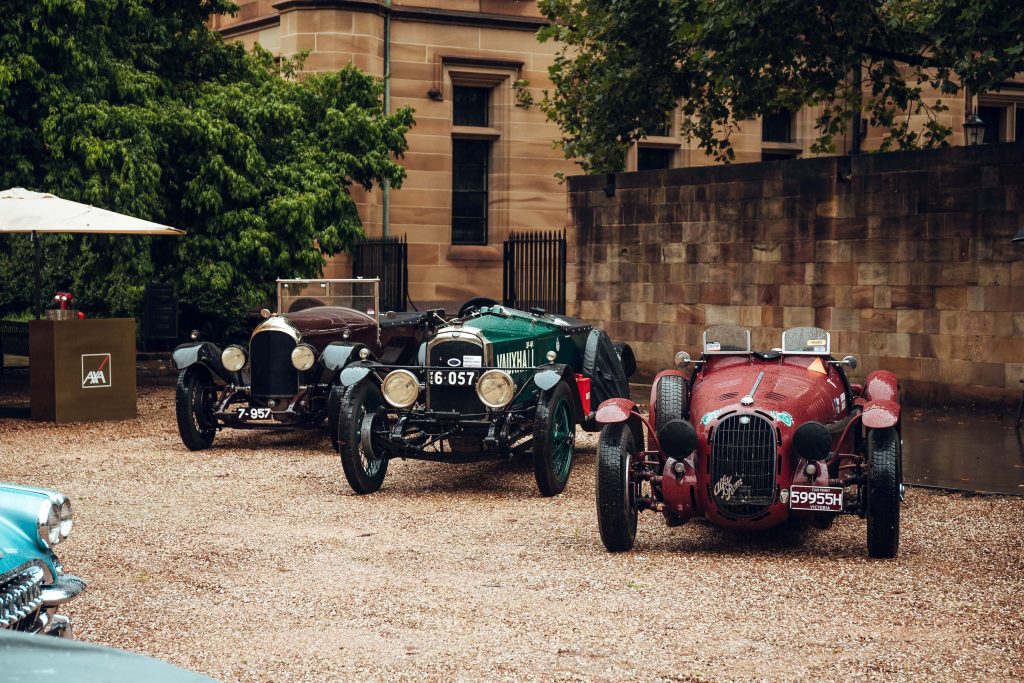 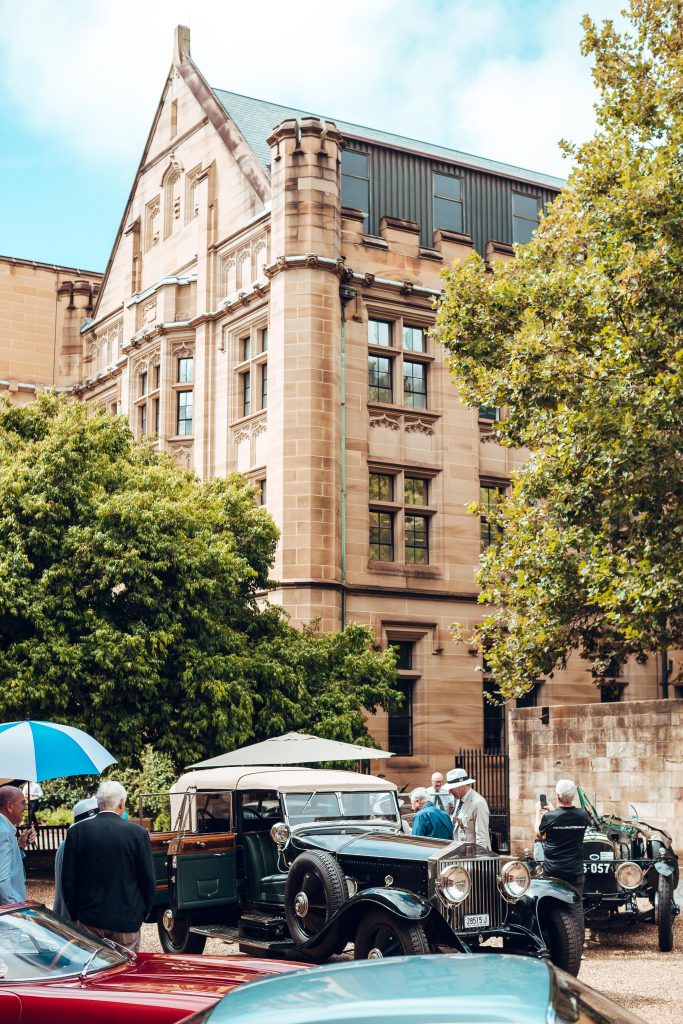