The third edition of the AXA Sydney Harbour Concours d’Elegance was, as one leading PR man said, “On a busy weekend socially in Sydney, it seemed to be THE hottest ticket in town, that’s for sure! Entirely inspiring”, whilst one of the entrants enthused, “Thank you again for a splendid and world class event once again. Thursday, Friday and Saturday all had something special each day.” 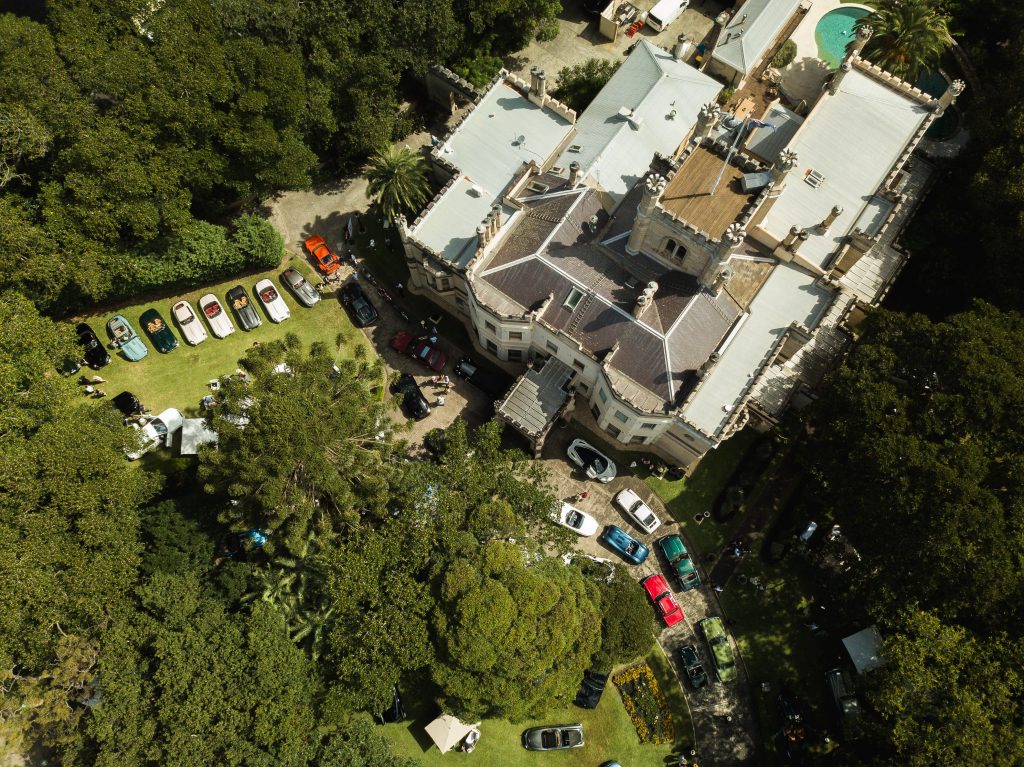 Swifts and the AXA Sydney Harbour Concours from the air.

From the Southern Hemisphere launch of the stunning McLaren Elva show-car in Gulf Livery in front of 140 guests at the opening at Swifts, the glorious Victorian Gothic Mansion and gardens of Dr Shane and Mrs Penny Moran on late Thursday afternoon, to the concours itself on Friday where 300 lucky people saw the E-Type parade celebrating the 60th birthday of the iconic sportscar. On Saturday another 300 concours guests witnessed the arrival of another 25 cars in the Distinguished Gentleman’s Drive to compliment the stunning cars from NSW, Victoria, South Australia, Queensland and Western Australia on the lawns competing for the Prix d’Honneur for the AXA Best in Show. 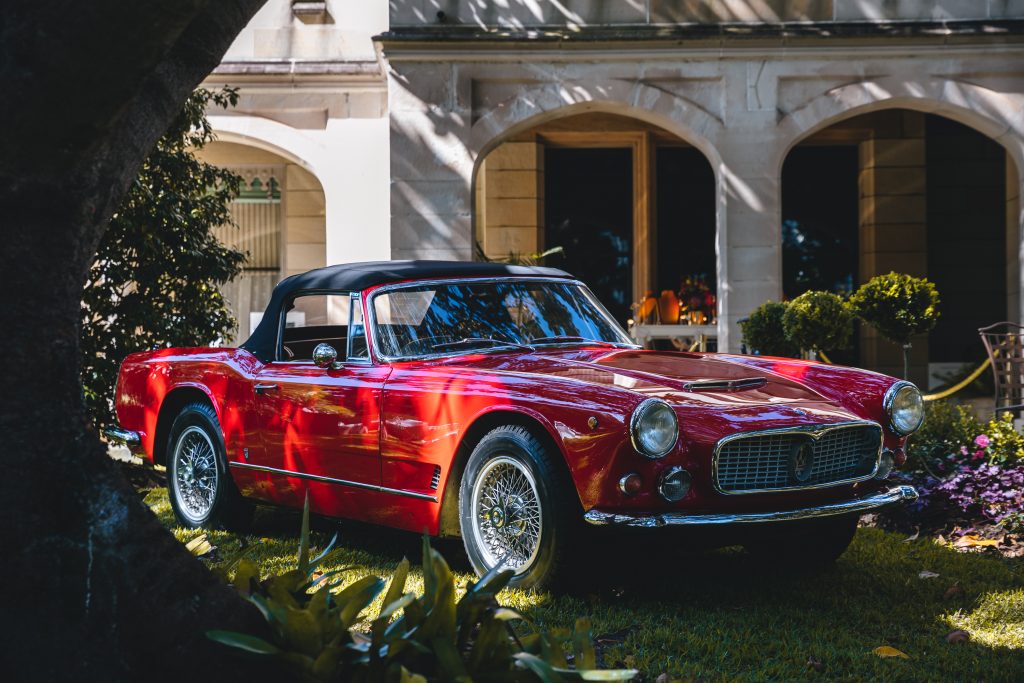 Saturday afternoon saw the auction sale of a marvellous 1961 Maserati 3500GT Spyder by Vignale (image above) for $733,225, whilst in the evening at the Champagne Pommery black-tie Gala Awards Dinner before the eyes of the 140 beautifully dressed invitees the prizes were awarded as follows:- 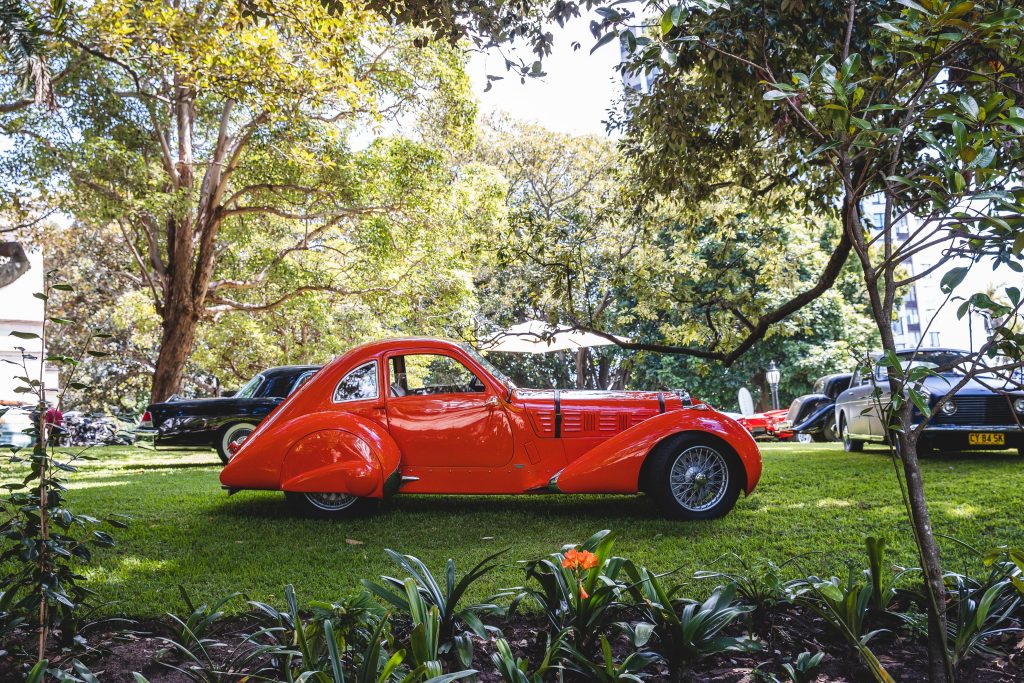 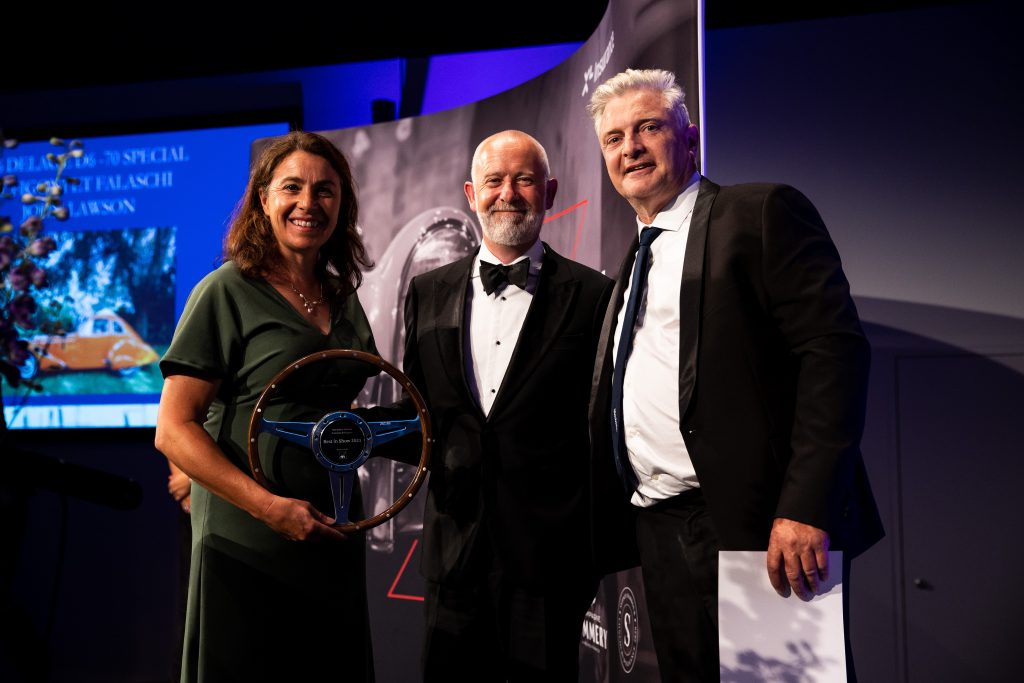 Winners of the Prix d’Honneur award for the AXA Best in Show, owners Andrew and Linda Lawson pictured with Simon Griffin, Head Of Private Clients for AXA.